“My father took one of the toughest jobs in the government because he cared about his nation more than himself. His courage and conviction have always driven me to want to make a difference.”

These are the words of Padis Sabeti, the Iranian-American geneticist who made history by developing a scientific method for identifying sections of the genome that identify natural selection and examine the effects of genetics on the progression of disease.

Although, Sabeti was born in Tehran, her family fled to the United States during the Iranian Revolution. After they settled in Florida, Sabeti went on to attend the famed Massachusetts Institute of Technology where she majored in biology. She was also class president and graduated with a 5.0 grade point average. An exceptional student and scholar, she also played competitive tennis and planned on a career as a writer, florist, or doctor.

A computational biologist, medical and evolutionary geneticist, she founded and spearheads the Sabeti Lab. She is also a professor at Harvard University and serves on the esteemed faculty of their Center for Communicable Disease Dynamics. A researcher at heart, she was instrumental in identifying “advanced genomic sequencing technology to identify a single point of infection from an animal reservoir to a human in the Ebola outbreak in West Africa.” She was the leader of a group of researchers who tracked and documented the human to human transmission of the Ebola virus.

Sabeti’s hard work and advancements in scientific research have earned her the Smithsonian magazine’s American Ingenuity Award in Natural Sciences, the Vilcek Prize for Creative Promise in Biomedical Science, the Packard Foundation award in Science and Engineering, and the NIH Director’s New Innovator Award. Pardis Sabeti was further recognized as one of TIME Magazine’s People of the Year in 2015.

In that same year, Sabeti was severely injured in an accident. Thrown over a cliff while riding an ATV, she crashed into a boulder and was hospitalized for several months. Amazingly, she survived the catastrophe. After spending additional months in rehab, she soon made a full recovery and returned to the world of academia and research. She says, “I am deeply immersed in my medical work, and it can get very intense, but I believe that the connection and devotion is key. You cannot work on diseases as devastating and deadly as Lassa and Ebola without complete trust and respect for the individuals with whom you work. My lab and colleagues are just extraordinary, and we are a family.”

She is currently leading a 22-member laboratory and making strides in science, research, medicine, and life. Pardis Sabeti is more than a research scientist. She is a trailblazer – a woman who has overcome physical injury, and career indecision to take her place in history. Her contributions to genetic research, disease obliteration, and public health have earned her many high honors in the world of science.

To the World’s First and Greatest Teacher 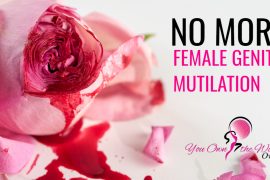